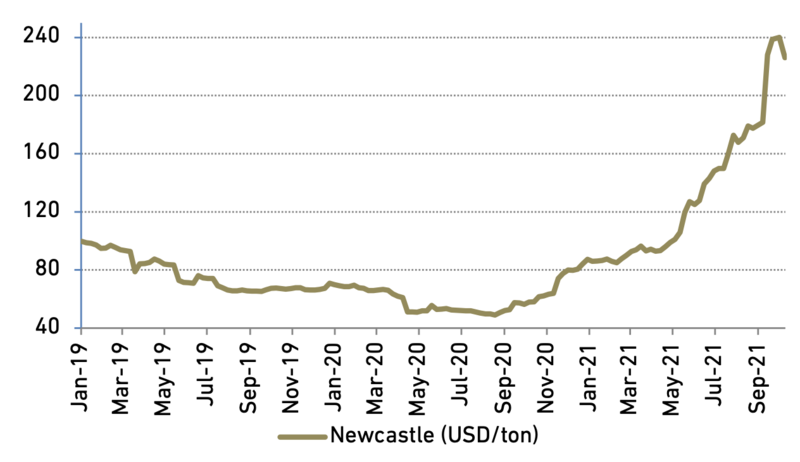 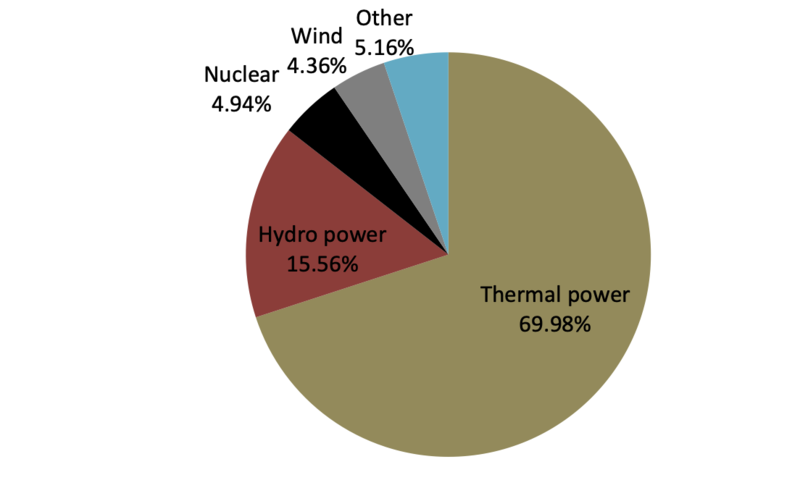 According to China’s National Bureau of statistic (NBS) China coal import has stayed strong in the month of September, importing around 3.2 mn tons up 76.0% YoY and 17.2% MoM. With the onset of winter restocking and persisting energy crisis, we expect that number to stay strong, generating a healthy demand for seaborne coal for the rest of the year.

In an effort to stabilize local coal price and the local coal supply, the Chinese government has upped its effort to push coal production since July 2021. Mines in Inner Mongolia was given the green light to produce around 207mn tons with an added 120 mn tons still pending. In our view, it may take months for production to adjust to the current situation and catch up with production. Given that some of the planned increased capacity comes from extending expired coal mines. Moreover, safety and environmental checks from these expired mines would still be needed to be completed before production can start.

We expect coal thermal power demand will still be resilient despite China’s concerted effort for carbon neutrality. With plans to build 43 new coal-fired power plants and an additional 18 new blast furnaces till 2030. This should guarantee stable but marginal growth in the long run. Moreover, with plans to demolish more than 40% of the water dams nationwide through 2060 and signs of slow implementation of nuclear and renewable energy, this does not help reduce the country’s reliance on coal thermal power generation.

With tensions between Australia and China still not abating and ongoing energy crisis in China. Indonesia is slated to take full advantage of the situation, with 8M21 coal exports to China increasing by 43.8% YoY to 146.6mn tons compared to 101.9 mn tons in 8M20. Assuming that the weather will be ideal for coal production for the rest of the year and COVID-19 related disruption eases, we expect total Indonesian coal production and export to increase by 11% YoY and 12% YoY to around 610mn tons and 440mn tons, respectively in FY21. Miners under coverage who stands to benefit the most from this predicament will be ADRO, ITMG and HRUM. 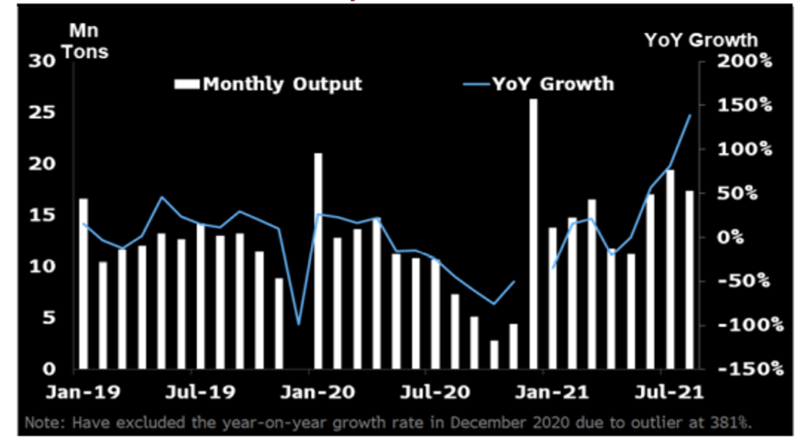 Based on the aforementioned reasons, we believe coal prices will remain stable and high until the end of year. In our view, coal price should start to consolidate and normalize from 1Q22 onwards as coal producing countries will start to ramp up production, which could potentially outpace demand growth in the long run. With that in mind, we maintained our FY21-23F coal benchmark prices at USD140, USD100 and USD80/ton, respectively.

Our top picks for coal sector are ADRO (Buy, TP:2,400) and HRUM (Buy, TP:11,000) with both miners having a diverse portfolio and a positive earnings outlook. However, we maintain our Neutral stance in the sector believing coal prices have reached its peak and increasing push to carbon neutrality (ESG issues) are creating a complex conundrum for coal producers especially for those seeking financing. These will limit earnings potential in the longer run, despite thermal coal is still much needed, in our view.