With the Russian coal and gas import ban still firmly in place, coal consumption in the European Union is expected to rise by 7% in 2022 on top of last year’s 14% jump. This is being driven by demand from the electricity sector where coal is increasingly being used to replace gas, which is in short supply and has experienced huge price spikes following Russia’s invasion of Ukraine. On the supply side, the EU are unable to offset the loss of 52 mn tons from Russia. Further exacerbated by supply issues triggered by extreme weather and long shipping distances could make coal supply from Australia less reliable further tightening supply, keeping coal price high hovering in the range of USD 414.9/ton in 3Q22. 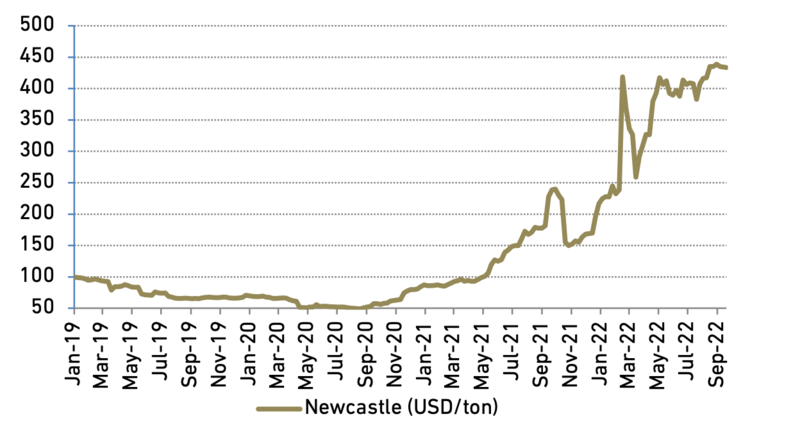 Extreme weather conditions in China resulting in drought and floods pushes the country to rely more and more in coal (currently 57%), as the country's crucial Yangtze River has dried up in parts because of extreme heat and scant rainfall disrupting hydro power generation in the area. Moreover, Sichuan which is famous for its rich water resources and accounts for 21% of China's hydropower has seen its hydroelectricity capacity plunge by 50% in the month of August. Because Sichuan provides electricity for other parts of China, the hydropower shortage has affected multiple cities in the east of the country, including Shanghai. Whilst the growth rate of China’s August power production was accelerated. In August, industrial power generation was at 824.8 billion kwh, a 9.9% YoY increase and an increase of 5.4% MoM. As a result, to keep up with the increased power demand, coal power generation has consumed on average 8.16 mn tons of coal daily for the first two weeks of August, up 15% from a year ago. 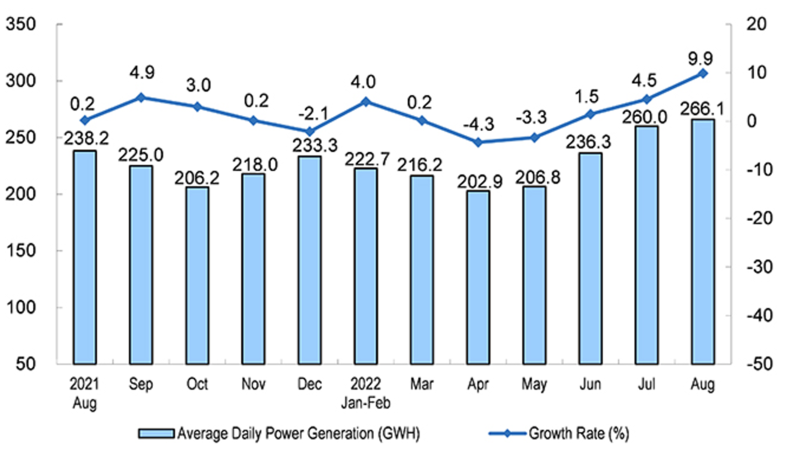 Despite ramping up production of coal in 1H22 to ease supply crunch and limit coal price in China, as of September coal inventory at China’s thermal powered plant stood at 12.3 million tons, 0.7% lower than a year ago when the country was hit by its worst-ever power shortage.  Further exacerbated by supply disruptions due to extreme weather, this in turn could push China to import more seaborne thermal coal in the short term to avoid another power crisis that plagued the country last year. 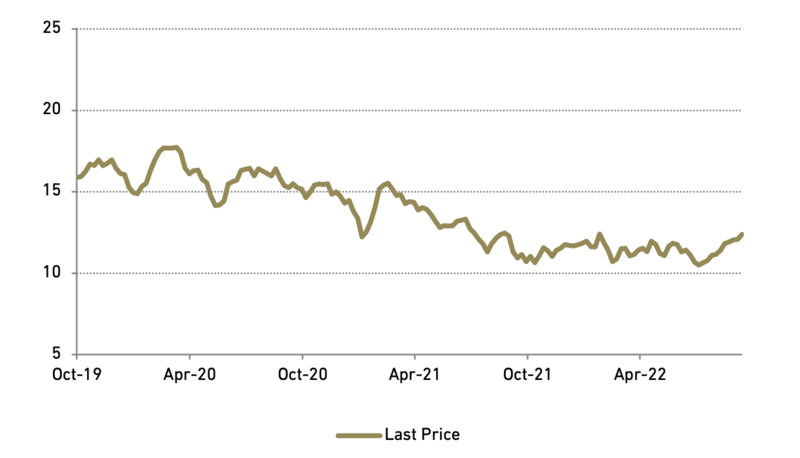 With coal thermal power still an integral and indispensable component to global power generation, we believe that coal prices should remain high until the end of the year. In our view persisting global event such as wars, energy crisis and extreme weather will continue to disrupt supply and increase demand in the short run. With that in mind we estimated FY22-24F coal benchmark prices to average USD280, USD220 and USD160/ton, respectively. 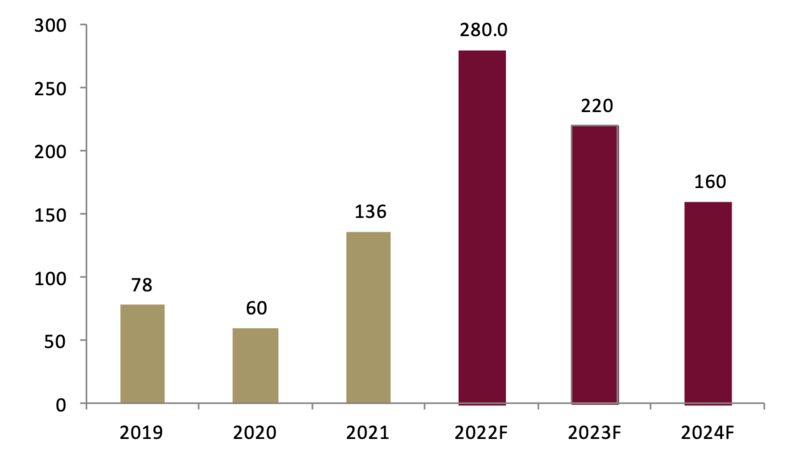 Australian High Coking Coal (HCC) price have depreciated 215% to USD200/ton in July 2022 from its high of USD630/ton in March 2022. This was weighed down by issues such as; 1) increasing supply from Australia, 2) China’s real estate weakness 3) expensive energy cost and 4) threat of ongoing China’s lockdown. However, relaxing lockdown policies, end of winter production cuts, commencement of Chinese steel mills and strong steel production in India have soften the price fall and keeping coking coal price at an average of USD268/ton so far in 3Q22. Though we believe prices should remain strong for the remainder of the year. Price volatility are likely to remain above typical levels throughout 2H22 and next year, due to a range of factors such as; 1) extreme weather, 2) potential Covid disruptions and 3) geopolitical tensions which could play out in unpredictable ways. With that in mind we expect coking coal price benchmark to average USD300/ton in FY22F and USD230/ton in FY23F. 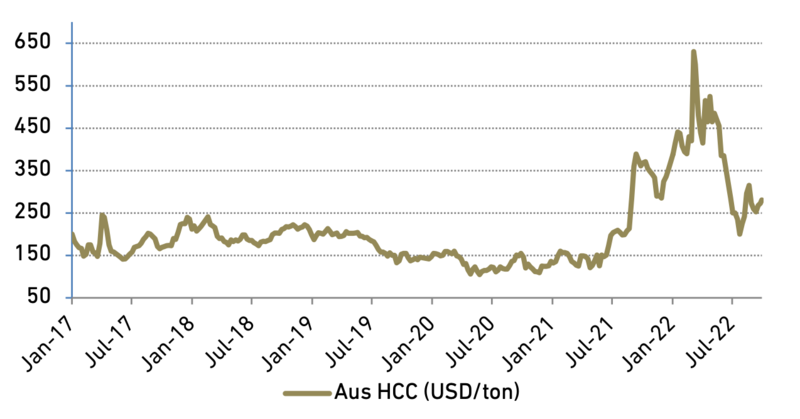 Despite recent royalty changes, Indonesian coal miners should still book solid bottom-line growth in FY22F averaging 184% growth YoY. Moreover, the ongoing high coal price environment should allow miners to generate robust cash-flow generation, in turn giving them ample opportunities for inorganic growth opportunities and an attractive dividend yield with ADRO (30.9%) and ITMG (35.4%) the highest in our universe. We maintain overweight rating for the sector with ADRO (Buy, TP:5,100) and HRUM (Buy, TP:3,100) as our top pick.